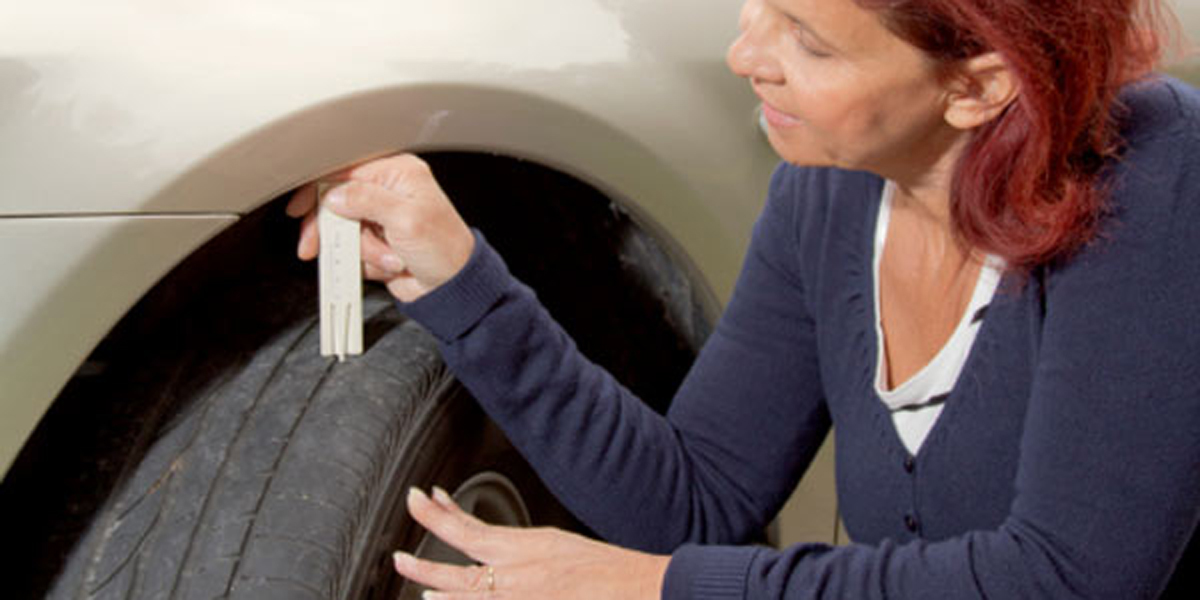 Traditional automotive maintenance recommendations suggest changing all four tires at once when they reach the end of their useful life. And that makes perfect sense when tires have been rotated carefully and have worn evenly throughout their lifespan.

But sometimes, a driver may only be able to change two: maybe because poor alignment or improper inflation has caused two tires to wear dramatically differently from the other two, or because an unrepairable flat in one tire requires replacing a pair to keep the vehicle stable.  And when that happens, where do you install the better pair? Do new tires go in the front or rear? 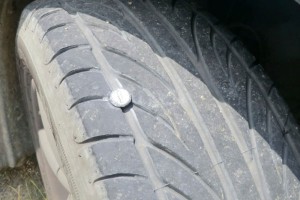 “First of all,” you might ask, “Why, would I need to replace two, and not just the one bad tire?” Think about it like this: if you broke a heel on a worn pair of shoes, would you just buy one new shoe and wobble around wearing two shoes with different heel heights? Your car has similar needs: Just as you want every step you take to be stable, your car needs to have four good contact patches in order to handle, steer, and stop at its very best performance. Having a difference in the traction capabilities at each corner can lead to a dangerous loss of control, turning your car into a rolling disaster waiting to happen.

When installing two new tires instead of four, you first want to be sure that your new tires are the same size and tire type as the ones you are replacing. Next, you want to be sure that your dealer always installs the new tires on the rear axle of your vehicle. It doesn’t matter whether your vehicle is a front-, rear-, or all-wheel-drive car: if you can only replace two tires, they should ALWAYS go on the rear axle.

Why Put New Tires on the Rear Axle? 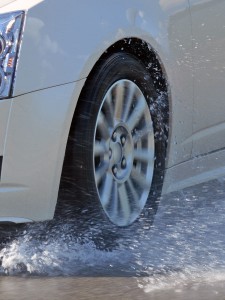 Fact: New tires provide better wet grip than your half-worn tires. When new tires are installed on the rear, it helps reduce the potential for your vehicle to fishtail and lose stability in wet conditions. However, not only does the greater tread depth in the back help maintain control in wet and slippery conditions, as a driver, you are better able to “feel” feedback from the tires through the steering wheel when the worn tires are in front.

How do we know this? Our editor has participated in several controlled wet-track tests where the manufacturers have given us the opportunity to drive cars back to back with new tires in front and worn in the rear — and the other way around, with the worn tires in front and new in the rear. In each instance, our editor was able to drive the cars faster before reaching the limits of the tires’ grip when the worn tires were in the front. And, she could feel feedback through the steering wheel as a sensation of chatter or vibration as the worn tires reached their limit of adhesion. Under normal driving circumstances, an attentive driver should be able to react to prevent a loss of control by slowing down before the tires lose their grip with the road; however in these tests, we were encouraged to drive harder so we could also have the opportunity to safely experience what happens when the tires went beyond their limits, sending the car into maximum oversteer, and spinning the car.  It’s all fun and games on a safe, controlled wet track, where the worst thing that happens is knocking down a few cones; but on a slippery roadway, such an unintended event could mean dangerous interaction between cars, barriers, and (even worse) people.

With American drivers putting more than 2.969 billion miles on their tires each year, and NHTSA reporting more than 11,000 tire-related crashes annually, maintaining your vehicle’s tires is crucial to ensuring its safety on the road. As your preferred tire retailer, Active Green + Ross Tire Centres  reminds you that it’s important to regularly check your tire pressure and review your tires’ wear so that you can keep your car — and your passengers — at their safest.