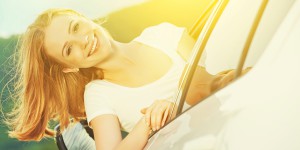 It’s that time of year when we send our kids back to school, and for the first time, some of them will be driving themselves — and maybe even siblings — to and from campus.

Regardless of whether they’re headed off to a college in another city or state, or just driving to the school across town, we know you want your teen driver to be as safe as possible behind the wheel. 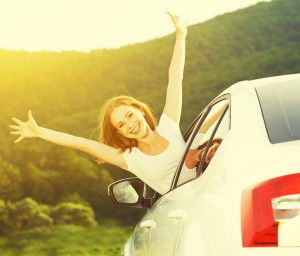 As parents, we play a key role in guiding our teen drivers by setting our own best example for improving safety while driving. With this in mind, the NHTSA encourages awareness of the “5 to Drive” initiative found at the safercar.gov Parents Central/Teen Driving website.  This campaign encourages parents to start conversations with their teenagers about safe driving by:

“Inexperience and immaturity, combined with speed, drinking and driving, not wearing seat belts, distracted driving, and other teen passengers contribute to the high fatality rate of teens involved in fatal crashes,” said NHTSA Administrator David Strickland. “I encourage all parents of teenagers to have an open discussion with their teen about the dangers common among young drivers and to make sure they use our ‘5 To Drive’ program to develop the necessary skills to drive safely every trip, every time.” 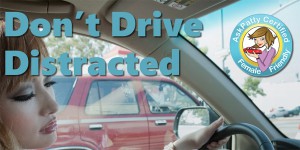 In 2013, 3,154 people were killed in distracted driving crashes. While texting and dialing a phone are the most obvious distractions, talking, eating, and playing with the radio can also take your teen’s attention away from driving. Visit distraction.gov to get more information. 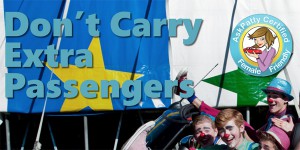 Cell phones aren’t the only behind-the-wheel distraction — friends can unknowingly do more harm than good.

Crash risks increase when teens drive with other teens in the car. According to NHTSA, teens are 2.5 times more likely to engage in risky behaviors when driving with one teenage passenger and three times more likely with multiple teenaged passengers. In fact, NHTSA analysis shows that the risk of a fatal crash increases in direct relation to the number of teenagers in the car.

Be sure your teenager understands your state’s graduated driver licensing program passenger restrictions. And don’t be afraid to enforce your own rules regarding extra riders. 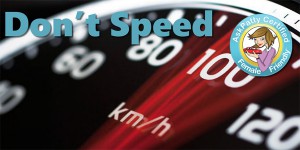 Speeding has pricey consequences, from a ticket to a crash. In fact, speeding was a factor in 35% of fatal crashes involving teen drivers in 2011, according to NHTSA.

Most of us speed at one time or another. Why? Usually we’re in a hurry and we think the laws don’t apply to us. Most of the time, we don’t think speeding is dangerous, and most people think they won’t get caught. Unfortunately, it’s the third leading contributing factor in traffic crashes after distracted driving and impaired driving. A 2012 study by the AAA Traffic Safety Foundation showed 52% of drivers said they had driven 15 mph over the speed limit on a freeway in the past month, and nearly one in four said they consider it acceptable to do so.

According to information at Caddell Weiland, speeding costs drivers in many ways. For every 5 mph over 60 mph you travel, you pay an extra 24 cents per gallon for gas. Americans have paid more than $6 billion in speeding fines. That’s just fines; NHTSA says the accidents themselves where speed is an issue cost society more than $40 billion annually.

Teens are more likely than older drivers to speed and allow shorter headways (the distance from the front of one vehicle to the front of the next), according to CDC.gov. It’s especially dangerous to new drivers who just don’t have the experience to process on-the-road emergencies. 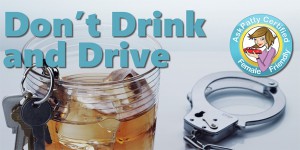 Teens are more likely to die in an alcohol-related crash than anyone else. In 2012, 23% of drivers aged 15 to 20 involved in fatal motor vehicle crashes were drinking.

Motor vehicle crashes are the leading cause of death for American teens. Talk with new drivers about the consequences, review stories of teens impacted by drunk driving, and remind them never to ride with someone who has been drinking. 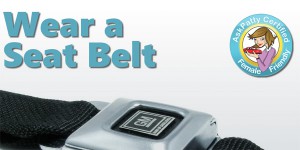 Clicking your seat belt takes a matter of seconds, and it’s your best defense in an accident — not to mention it’s the law. Yet, around 53% of teen drivers killed in car accidents are not wearing one.

Compared with other age groups, teens have the lowest rate of seat belt use, according to CDC.gov. In 2011, over half of the teen occupants of passenger vehicles who died in crashes were unrestrained. In 2013, only 55% of high school students reported they always wear seat belts when riding with someone else. Peer pressure is also a contributing factor in teen crash deaths: When the teen driver in a fatal crash was unrestrained, nearly all of that driver’s teen passengers were also unrestrained. 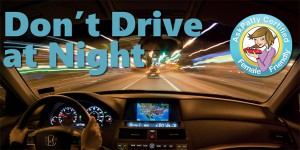 Poor decisions among teen drivers can lead to crashes and fatalities at any time of the day, but fatal teen driver crashes are most frequent between 3 and 8 p.m., and remain high until midnight and into morning.

According to the Insurance Institute of Highway Safety, 58% percent of teen crash deaths occur between 6 pm and 6 am. This is primarily due to a combination of the visibility challenges caused by dark conditions, slower response time brought about by fatigue, and a lack of experience driving under such conditions.

Many states have graduated driver licensing programs in place to limit the times of day that new drivers are allowed on the road. Consider limited driving on weekends as well: More than 50% of teen deaths from motor vehicle crashes occurred on Friday, Saturday, or Sunday.